By Mail on Sunday Reporter

Thousands more Britons with advanced breast cancer will soon get access to a life-saving drug that can halt the disease from progressing for up to two years.

The UK medicines watchdog the MHRA has now approved the treatment, called Enhertu, as a second line therapy – which means patients who have stopped responding to one standard drug can be offered it.

Previously, the drug – which is for patients with tumour cells that have a protein receptor called HER2 on their surface – was only available to those who had tried two other drugs.

Professor Peter Schmid, from the Barts Cancer Institute, who led the trials, said: ‘It means more women will get the treatment earlier, which will make a huge difference.’ 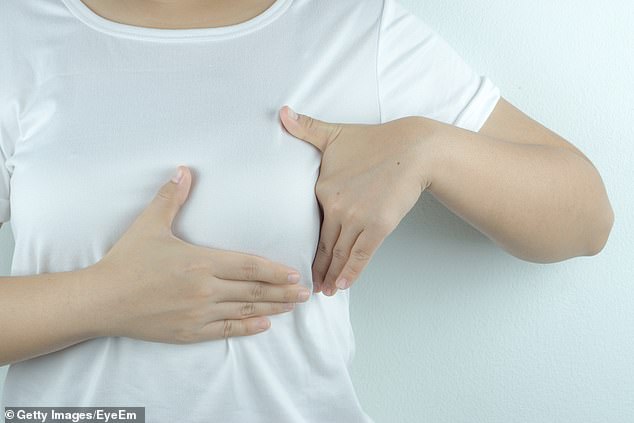 If you’re looking to limit your drinking, the answer could be simple – drink from a smaller glass. In a study, researchers recruited 260 volunteer households who were consuming at least two bottles of wine a week, and told them to drink only from either smaller 290ml or larger 350ml glasses.

They were given a set amount of wine, and what was left over after two weeks was measured.

Previous studies have found those serving wine in bigger glasses tend to pour more wine, to fill the glass.

Baby talk – the way adults alter their voices when they speak to infants – is a universal language, a study suggests.

Harvard University researchers recruited 50,000 people from six continents, who speak more than 199 languages, and played them various recordings of speech.

Listeners could reliably detect baby talk, regardless of whether they understood the language of the recorded speech.

Researchers concluded that as well as using a higher pitch, people use a similar musical voice with a soft tone when speaking to babies.

UK scientists have developed a ‘smart watch-style’ device that could improve symptoms of Parkinson’s disease.

The gadget, called PDMonitor, allows doctors to track patients’ movement and sleep and if worrying changes are seen, patients’ medication and other treatment can be adjusted.

A survey of 78 patients who have trialled PDMonitor found that 43 per cent felt their condition stabilised after using it, while 35 per cent felt it improved.

The device is being looked at by UK health chiefs, and a decision as to whether it will be made available on the NHS is expected early next year. The incurable disease affects 145,000 people in the UK.